The Catbird Pikkolo Baby Carrier is best described as a cross between a structured carrier and a Mai Tai.

It gives the feeling of closeness like you get with a Mai Tai or wrap but its easier to use.

You can get a, sold separately, waist belt to make it closer to a typical structured carrier. In reality you need the waist belt, if you are going to be carrying your baby once they are bigger.

It's a highly versatile carrier that adjusts well to many different sizes of wearer - and of baby. It's particular good for more petite wearers that might find some other carriers too big for them.

Plus it has the notable feature of being able to carry newborns (minimum 8lbs) without the need for an infant insert, due to an adjustable seat width.

Quick Navigation
Who is this product for?
Overview of features
Alternatives
How to Use It
Conclusion 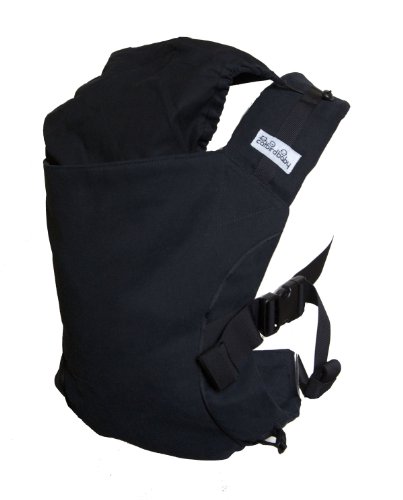 The Catbird Pikkolo Baby Carrier is a Mai Tai/Structured Carrier cross in a lot of ways.

The carrier, combined with the sold separately waist belt, makes for a versatile carrier that can accommodate baby from 8lbs to 40lbs and can carry them in 4 different carry positions:

The carrier, minus the waist belt, is cheaper than most in its class, but to make it the equal of those other carriers, you need to get the waist belt, which then makes the price comparable. I guess you do at least have the option not to get it, but in reality you'll need the waist belt, if you want to carry past 15-20lbs - unless you have a back/shoulders of steel!

What is great though, is that it has a seat with an adjustable width, allowing you to carry a newborn without the need of an infant insert.

The carrier is very adjustable as well, allowing it to fit a variety of wearers. Though it is particularly suited to smaller wearers and not as much for particularly large wearers.

First of all, the shoulder straps are super comfy without being bulky - and they've achieved that by using memory foam (the only carrier to use it on their shoulder straps, that I've heard of).

That, plus even weight distribution (particularly with the waist belt) makes for a comfortable carrier overall.

You can also carry the carrier with an X across your back, which a lot of people find easier/provides better weight distribution than using it like a backpack.

However, it's not the softest around where baby's legs are, which could be improved.

It has a sun/sleeping hood, which tucks away when not in use, which is nice to have.

Who is this product for?

The Catbird Pikkolo Baby Carrier is great for anyone who is looking for a versatile carrier that can front face-in, front face-out, back and hip carry and is highly adjustable to suit a variety of wearers.

In particular, it's great for more petite-wearers, especially if you're finding other carriers don't fit you well.

It's for a mid-to-high budget, by the time you get the sold separately waist belt.

Finally, it's great for anyone who wants to carry their newborn (minimum 8lbs) without an infant insert - and retain the carry to continue carrying them once their bigger.

Check out the following for other great baby carrying options:

How to Use It

The Catbird Pikkolo Baby Carrier can be used in 4 different carrying positions:

Check out the following videos for a visual look at the carrier in the different carry positions.

Back Carry (with belt)

A great option for petite wearers - and for anyone else looking for:

The sold separately waist belt allows you to carry heavier babies/toddlers more easily. Whilst its a little annoying that the belt doesn't come with the carrier, the carrier itself is a little cheaper, so the overall price, even with the belt, is still comparable to other similar carriers.